Serving the research needs of universities, government agencies, mining and environmental industries, and the international community. 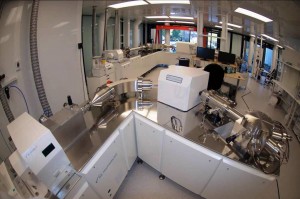 Housed at the University of British Columbia (UBC), the Pacific Centre for Isotopic and Geochemical Research (PCIGR) is a unique research facility within Canada and provides analytical services to investigators from academia, government and industry both locally and worldwide. The facility has instrumentation that is critical for resolving problems in the solid earth, ocean, environmental, atmospheric, and biological sciences, as well as archaeology.

Isotopic and geochemical compositions are used to constrain the nature and origin of a wide range of materials, enabling scientists to better understand Earth processes over time. Recent developments in multi-collector and high-resolution inductively coupled plasma mass spectrometry have yielded exciting and new research avenues. We are now able to detect and measure geochemical tracers at extremely low concentrations and measure the isotopic compositions of an unprecedented range of elements.

PCIGR officially opened on December 12, 2002. Between late 2004 and early 2005, the facility and its 6 mass spectrometers moved from the Chemistry Building into newly built laboratories in the basement of the Earth, Ocean and Atmospheric Sciences (EOAS) Main Building. Most of the instruments benefitted from a thorough cleaning and tune-up by factory engineers who came to help after the move. Three low-level trace metal and geochronology clean laboratories (equipped with 42 HEPA-filters) were also built on the third floor of EOAS Main.

In 2009, PCIGR received funding from the CFI-LEF and BC-KDF funds to expand, and by 2010 the plans and designs were underway. Construction of new 2,200 sq. ft. clean laboratories on the ground floor of EOAS Main took place between January and September 2011. On December 16, 2013, the nUBC facility—an R&D collaboration between PCIGR and Nu Instruments—was officially opened, and by October 2014, the 6 new instruments acquired through the grant were installed. A major achievement at PCIGR includes the establishment of a student training program, the Multidisciplinary Applied Geochemistry Network (MAGNET) that ran from 2012 to 2018.

Major research tools in the facility include the following:

(1) the geochemical tracer laboratory, which uses the Nu Plasma (HR/II/1700) MC-ICP-MS for isotopic analyses of elements from light (Mg) to heavy (Pb) atomic masses, the Triton TIMS for precise Sr and Nd isotopic analyses and spike calibration, and the HR-ICP-MS instruments (Element2 and AttoM) for trace element concentrations;

(2) the geochronology laboratory, which uses TIMS instruments (Triton and Sector 54) for U-Pb, Rb-Sr, Sm-Nd, and Pb-Pb dating, the Nu Plasma (HR/II/1700) MC-ICP-MS for Lu-Hf dating, the noble gas machine for Ar-Ar dating, and the HR-ICP-MS instruments (Element2 and AttoM) for the elemental concentrations required for initial ratio and isochron calculations;

(3) the crustal fluids laboratory, which is centred around the DeltaPlus LS-IRMS, but also uses the MC-ICP-MS and TIMS for analyzing radiogenic isotopes (Sr, Pb); and

(4) the environmental chemistry laboratory, which makes extensive use of the HR-ICP-MS instruments (Element2 and AttoM) as well as the Nu Plasma (HR/II/1700) MC-ICP-MS (Cd, Si, Cr, Fe, and Mo isotopes). 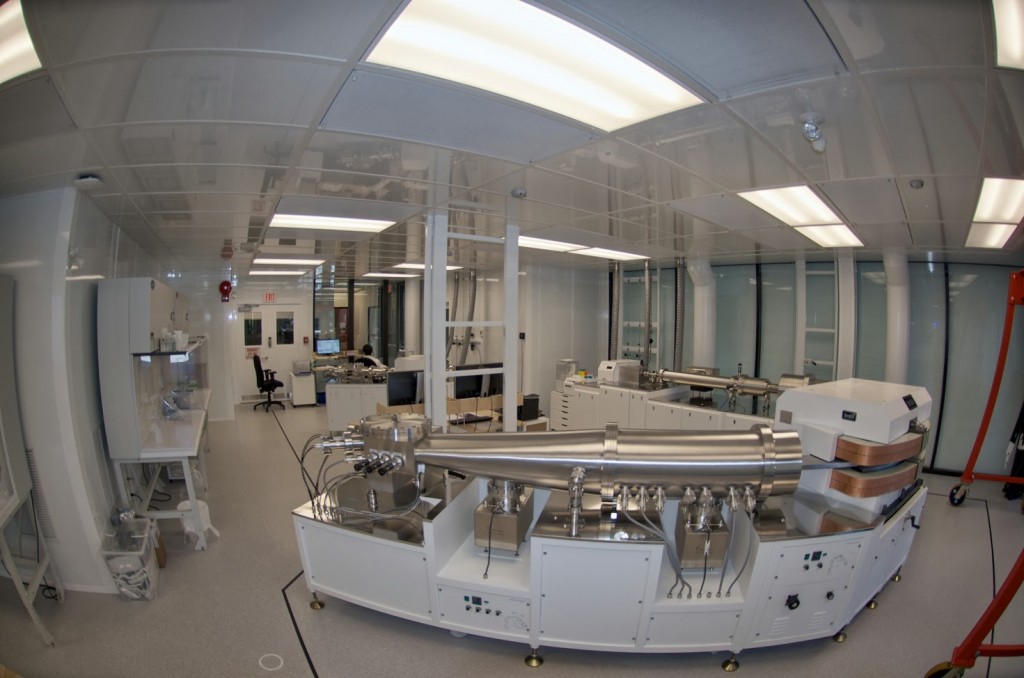